Pretend you have an enormous amount of money. Like a ridiculous, Scrooge McDuck amount. What would you do with it?

If you were George Vanderbilt and it was the late 1800s, you would build a gigantic house.

And now here we are, nearly 121 years after the Biltmore Estate was first completed and I’ve just returned from a visit. The house is stunning and definitely worth a look if you’re into history, architecture, or pretty things in general. In addition to touring the largest privately owned house in the U.S., a regular ticket also gets you access to the six gardens (plus the conservatory) as well as Antler Hill Village and Winery, which offers free wine tours and tastings.

The Biltmore Estate is located near Asheville, NC (a cute town in its own right). You can buy tickets once you arrive at the Estate property, but I recommend getting them online in advance to streamline the process on visit day. In addition to the regular ticket, you can also add on premium, rooftop, or behind-the-scenes tours or a self-guided audio tour. We only got the basic package, but I didn’t feel like I missed out on anything. I’d only do the extra tours if you’re really into it (the price adds up fast).

Pro Tip: Buying your tickets early saves you $10 each. If you’re bringing kids 10-16, check the calendar because sometimes (like in the summer) they are free with a paying adult; other times they are half price. Kids under 10 are always free.

I always recommend getting to places early (like when-they-open early) to beat the heat (if applicable) and the crowds. Plus you’ll get the best parking, so that’s also awesome. Once you park, you can either take a short walk to the house or catch the shuttle.

Pro Tip: If it’s going to be a hot day, consider touring the gardens before you visit the house. We did the house first and were very, very sweaty as we walked through the gardens in the mid-day heat. 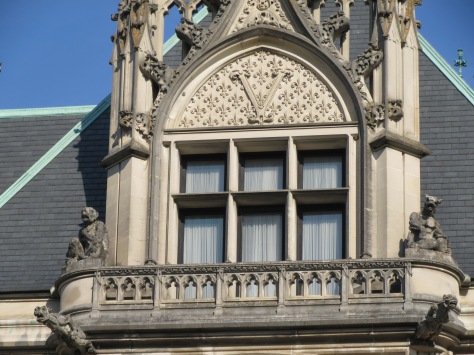 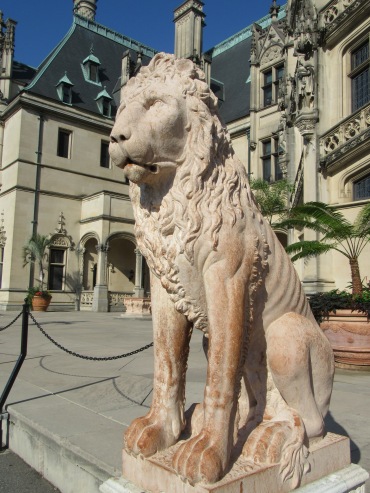 A Quick Note: There was a wedding showcase going on while we were visiting, featuring movie costumes of period fashion throughout the house. You’ll see several of these in the below photos. An additional exhibition of family heirlooms and wedding gowns was housed in Antler Village, including the wedding veil worn by Jacqueline Lee Bouvier when she married John F. Kennedy.

Another Quick Note: Although photography is permitted in the house, the use of a flash is not. The lighting level is kept low to protect fabrics and paintings, making it difficult to get good photos in some places. Please excuse the blurriness. There were also parts of the house that just couldn’t be photographed well (at least by me), so they aren’t included here.

Inside the First Floor

This house was built for entertaining and can certainly hold a lot of people. The entrance hall is huge and the winter garden is elaborate. The banquet hall has a seven-story high ceiling, a triple fireplace, and an organ loft. 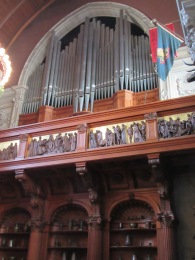 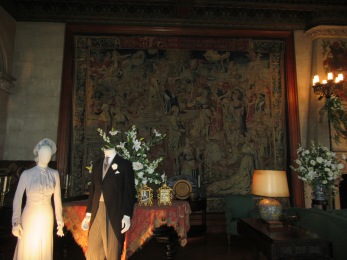 Guests could entertain themselves in the billiard room. There was also a nearby bachelors’ wing hallway featuring a gun room and a smoking room. 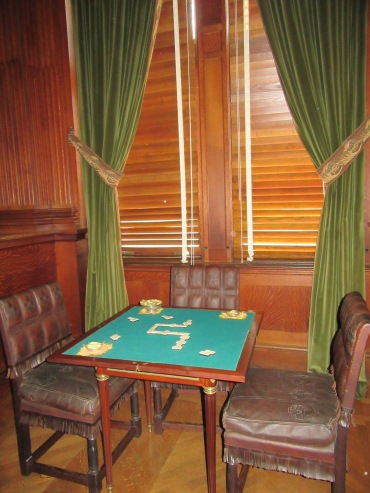 My favorite room of the house was the massive library, which contains more than 10,000 books (just under half of Mr. Vanderbilt’s collection). 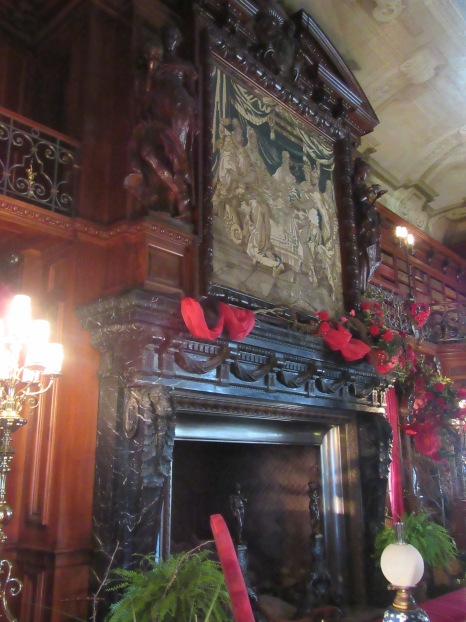 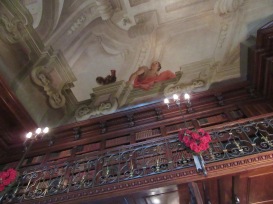 My other favorite part: the ceilings. Each ceiling on the main level of the house was elaborate and unique. Most of the second and third floor ceilings were far more standard, but the main floor had some pizzazz. 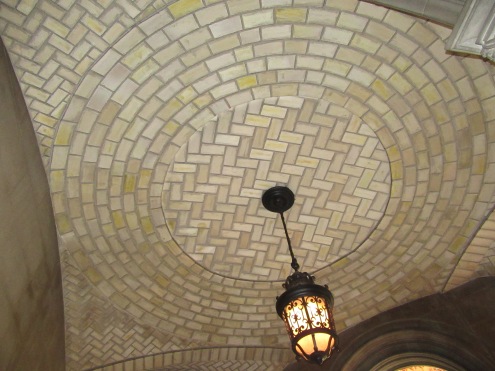 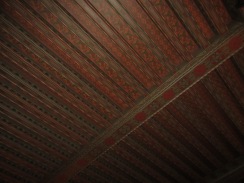 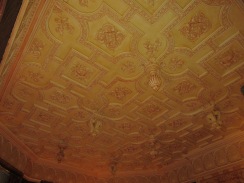 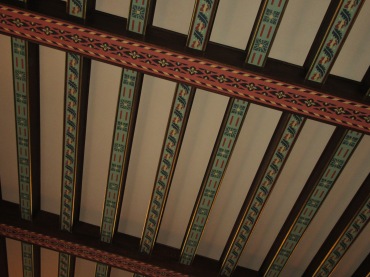 The second floor is where Mr. and Mrs. Vanderbilt’s bedrooms were located (separately), as well as their sitting room and living hall.

The third floor was home to many of the guest bedrooms, as well as a living hall and corridor with Gothic style arches. 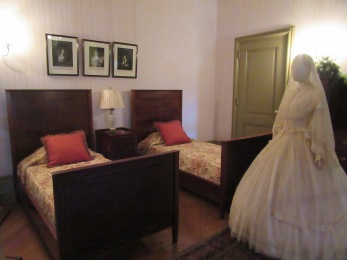 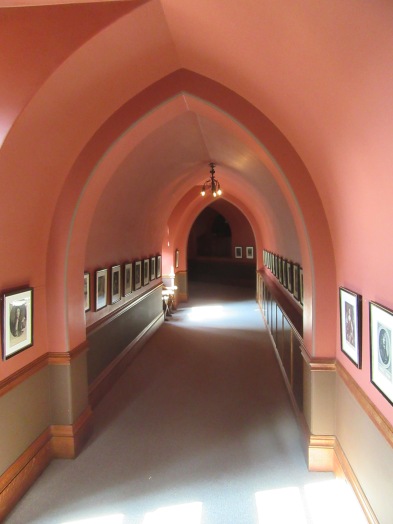 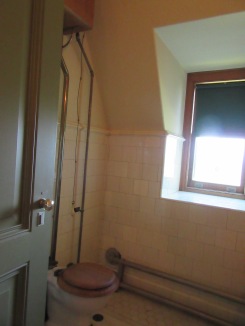 The first room you visit in the basement is called the Halloween Room. The Vanderbilt family and their friends spent several weeks in 1925 painting Halloween themed scenes on the walls. Oddly, this was for a New Year’s Eve party. 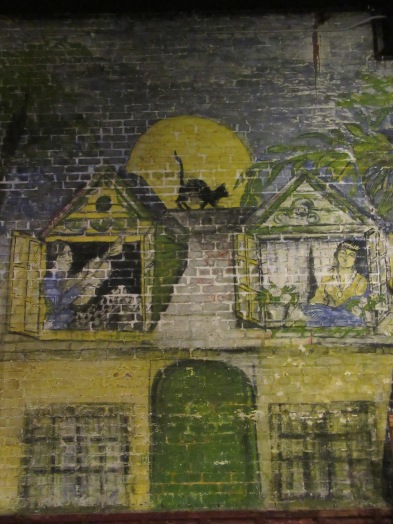 Fun and fitness was available to the Vanderbilts and their guests via their bowling alley, swimming pool, and gym. All top of the line for the time period. 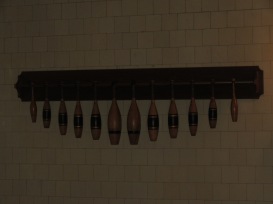 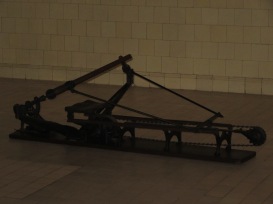 The basement is also where the kitchens and food storage were located, including state-of-the-art walk-in refrigerators. There were three kitchens-a pastry kitchen, rotisserie kitchen, and a main kitchen-as well as a separate room with dumbwaiters to raise trays up to the floors above. 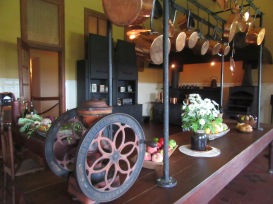 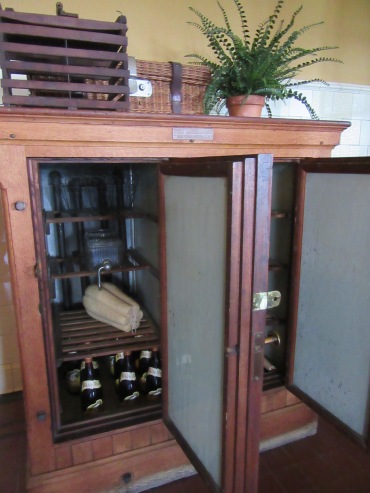 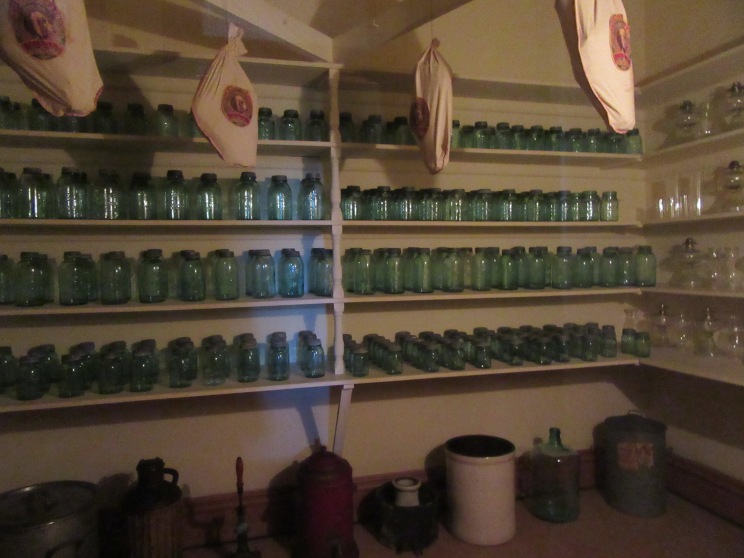 Some of the servants’ quarters were also in the basement, as well as the laundry facilities (which required two full time employees to keep up with the demand). 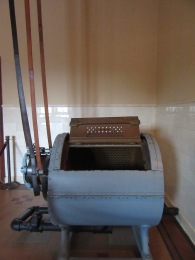 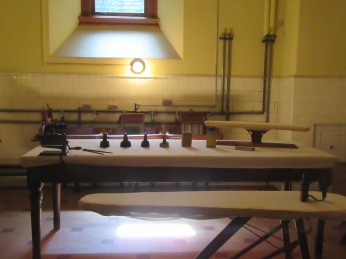 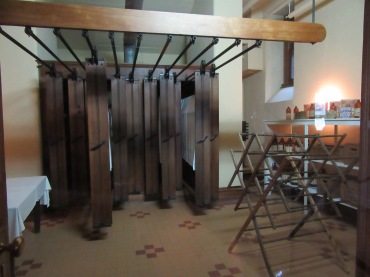 There’s a lot of walking to be done in the gardens, so wear comfortable shoes. Most of the trails are either paved or bricked, but there are also some wood chipped and gravel areas. The trails loop around and the gardens flow from one to another, so you have the option to cover as much or as little of the grounds as you’d like.

I visited in late June, so although the gardens were lovely, I imagine they would be stunning in the spring when more of the flowers are in bloom. 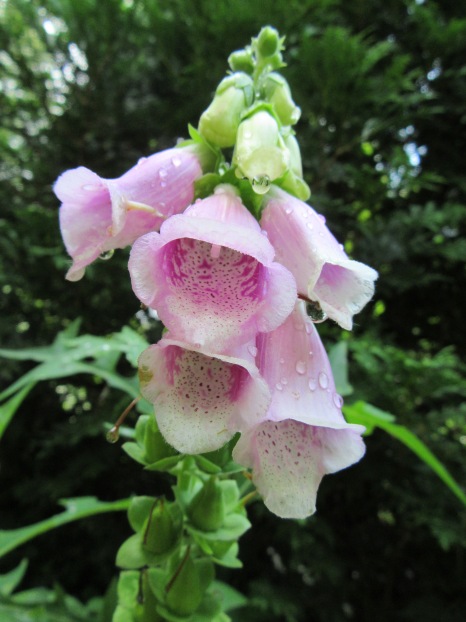 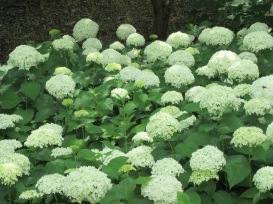 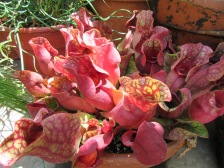 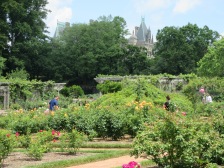 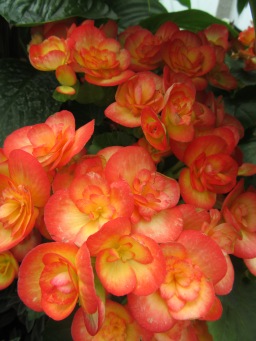 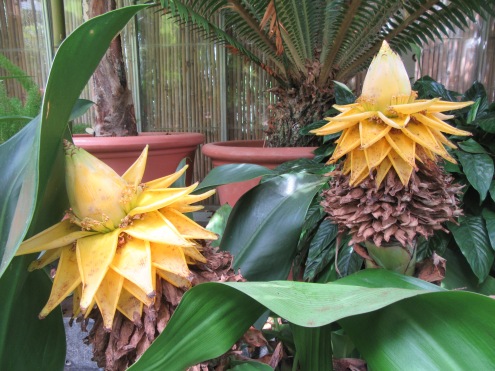 Pro Tip: Skip the expensive food on the Biltmore property and head to downtown Asheville for a more affordable lunch. We ate at Green Sage Cafe and the food was both delicious and reasonably priced. Although not exclusively vegan, they have tons of fantastic veg options and also promote health and sustainability throughout the restaurant.

In Antler Village you’ll find a hotel, some shops and eateries, the winery, and the farm. We didn’t spend too much time here, but it has a nice relaxing vibe. We saw what appeared to be a bonfire area and there are concerts and such in the evenings during the summer.

The winery offers free tours and tastings as part of your visit. We did a quick tasting but skipped the tour because of a timing issue.

There is also an Outdoor Adventure Center in the Village where you can rent bikes or sign up for Segway, rafting, or paddleboarding trips (among other things).

**Even though the Biltmore Estate was completed in 1895 it was fully equipped with electricity and central heat, a rarity in those days.

**At a time when most houses didn’t have any indoor bathrooms, the Biltmore Estate had 43.

**George Vanderbilt was a bachelor when he had the house built and lived there alone for two years before he met his future wife, Edith, in Paris. She never even saw the house until they arrived after their four-month honeymoon in 1898.

**The Vanderbilt family only lived at the Biltmore for 35 years before opening it up to the public in 1930. Even the rich were feeling the pinch of the Depression and needed the extra income to preserve the estate.

**Some of the rooms in the house, including the music room and salon, were not finished during the time the house was inhabited. They were finished in the 1970s in the same style as the rest of the house.

**The Biltmore has one of the first bowling alleys to have been installed in a residence. 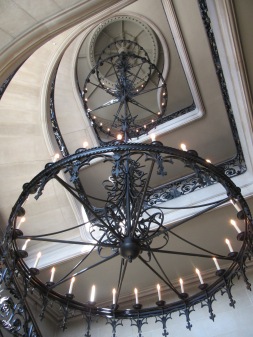 **The four-story chandelier in the stairwell is hung by a single bolt.

**There’s a 70,000 gallon swimming pool in the basement but because things like chlorine and pool vacuums weren’t a thing, the pool had to be filled before each use and drained after, like a giant bathtub. Also, most people couldn’t swim back in the day, so there were loops of rope hanging over the edge for guests to hang on.

**Only female servants lived in the house; the males lived above the stables. Each had their own furnished, heated, and private room, which was uncommon in those days.

**There’s a lot more to learn about the Biltmore Estate and its inhabitants. Check out Wikipedia for more.