I love Sydney, Australia. It’s a beautiful, clean city with so many fun, outdoorsy things to do and it’s filled with fit and friendly people. This time around I was visiting in the winter and it was definitely chilly. Luckily, the weather here is more like LA winter than PA winter, so when the sun was out it wasn’t too bad temperature-wise and I could still see the sights without freezing.

Here are some of my favorite highlights:

The Sydney Opera House is the most iconic landmark in the city and a must-see (although, to be honest, it would be hard to miss). It’s located near Circular Quay (pronounced “key,” like the Florida ones), the main launch point for ferries out to other parts of the city, as well as The Rocks, the botanic gardens, and other tourist hotspots (see below). You can catch a show, take a paid tour of the inside, or choose the free option and just photograph it from a million different angles, like I did.

There’s lots of pedestrian-only space around the Opera House, so you have plenty of room to compose that perfect shot and enjoy the atmosphere. There are also several fancy restaurants and bars nearby with great outside seating options if you want to chill for a while and take it all in.

While I was visiting, there was a seal hanging out on the steps down into the harbour. I’m not sure how he (or she) ended up there, but he’d apparently been living there for a while. I was pleased to see that the area had been gated off so overzealous tourists couldn’t get close enough to harass him. There was also signage indicating that he had been checked out and was being monitored by the appropriate authorities to put any concerned minds at ease, which I appreciated.

Walking across the Harbour Bridge

The Sydney Harbour Bridge is another iconic landmark of the city, located very near the Opera House (they are often photographed together). Completed in 1932, the bridge includes both vehicle lanes and a rail line, as well as a pedestrian and bike path. It’s free to walk across the bridge, which offers great views back towards the city, including the Opera House. You can also pay to go up into one of the pylons for a slightly higher view, or participate in the more thrilling Bridge Walk, where you walk along the top arch of the bridge.

The Royal Botanic Gardens are located next to the Opera House and cover over 150 acres. There are many gardens filled with plants from around the world, as well as ample grassy areas for relaxing or picnicking. And the best part is that the whole thing is free! I love trees and flowers, so this is one of my favorite parts of the city. Even in the winter months there was plenty to see, including lots of bird life.

There are quite a few paths through the gardens, including ones bordering the harbour, making this a popular area for runners. It’s worth a visit for sure, whether for a workout or a relaxing afternoon. 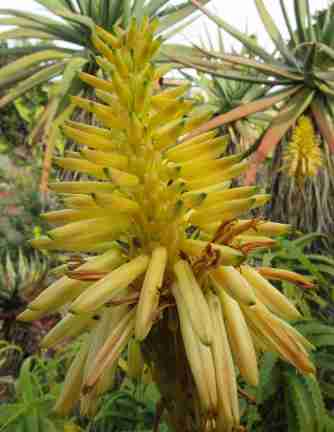 The Rocks is where the original Europeans settled when they arrived in Australia. It’s right next to Circular Quay and home to the city-side of the Harbour Bridge. I love this part of town because it has a feel that’s like a cross between the American east coast (think Old Town Alexandria or Boston) and west coast (with the palm trees and mild winter weather). There are cobblestone lanes, heavy wooden beams, and narrow stairways to explore.

On the weekends, there are really cool markets throughout this part of town. I was here on a weekday this time around, so I didn’t see them, but I do remember them from my last visit to Sydney. Check out The Rocks Discovery Museum (free) or the Susannah Place Museum (not free) to learn more about life in the early days of Sydney (including pre-European settlement).

Darling Harbour has a very hip, yet touristy, feel. It has tons of restaurants and bars to cater to every taste and budget, and is very pedestrian-friendly. You can sit on the steps and watch the ferries come and go, visit the National Maritime Museum (or just check out the ships and submarines outside), catch a movie on the world’s largest screen at the IMAX theater, or visit the Chinese Garden of Friendship. There was also a pretty cool-looking playground and a merry-go-round if you have kids to entertain.

I happened to be here in July, so there were also Cool Yule activities going on for Christmas in July festivities, including an ice rink, snow pit, and frozen forest (which sounded cooler than it was).

Manly Beach is one of Sydney’s famous northern beaches, easily accessible by ferry from the city. I was lucky enough to be staying with some friends who live in Manly, so the beach was just a few minutes walk away. There’s a great park and boardwalk area along the beach, perfect for running (or strolling), and the mostly pedestrian-only Corso that connects the harbour pier to the beach and is lined with shops and restaurants. There are tons of great activities in Manly, including surf lessons, whale watching cruises (also available from the city), and beautiful walks to places like North Head and Spit Bridge.

If you have time, explore up the coastline a bit. One of the things I love about Sydney is that the coastline is not just solid beach, so as you weave in and out along the various fingers of land jutting into the water, you move from rugged, rocky shoreline to pockets of wild beach. I stumbled upon a coastal nature walk that began at North Curl Curl beach and continued to the Dee Why Lagoon. The trail was only as wide as a footpath, giving it an undeveloped feel, and stayed close to the edge of the rocks, offering great views of the water and coastline. 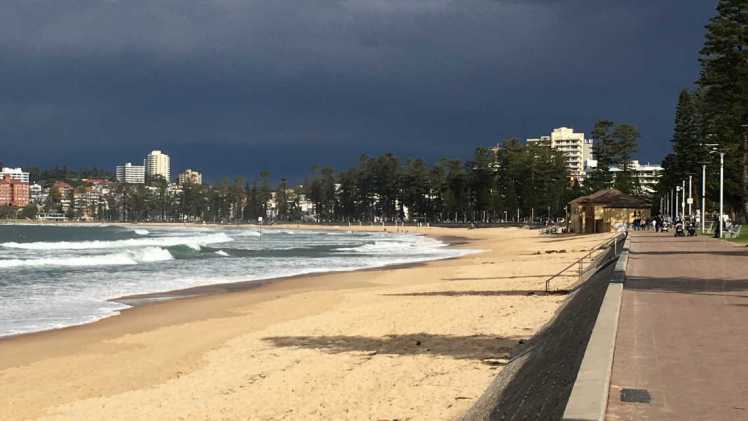 Another fun, although much more crowded walk, is the one from Coogee Beach to Bondi Beach, south of the city. Grab a bus to Coogee to begin this 6 km walk up the coast. As you go, you’ll move from one amazing beach to another, have the opportunity to watch some world class surfers, and take in some fantastic views.

One of the most unique segments of this walk passes through Waverley Cemetery, which is a sight to see with its dramatic white monuments high on a cliff above the ocean.

Although you can, of course, do this hike in reverse as well, I think it’s fun to end at the world-famous Bondi Beach. This beach is much larger than the others you’ll pass on this walk and has a see-and-be-seen feel to it, which I’m sure is only amplified during the summer months. There’s a skate park, restaurants, and funky murals painted on the walls. Watch the surf pros or take a lesson of your own.

Taking a ferry ride is a great way to see the city from a different angle. You’ll need an Opal card, which you can get at several locations (supermarkets, post offices, convenience stores), and will need to scan both on and off (some rides only require a scan to board the ferry, not to depart). The card can also be used on buses and the maximum daily charge is $15, so if you ride more than that it’s essentially free; Sundays have a max of $2.50. You’ll need to pre-load money onto the card, but be mindful that you can’t get money off, so don’t load too much.

The ride from Darling Harbour to Circular Quay is a nice ride that offers a lesser seen view of the Harbour Bridge and most rides offer a view of the Opera House. 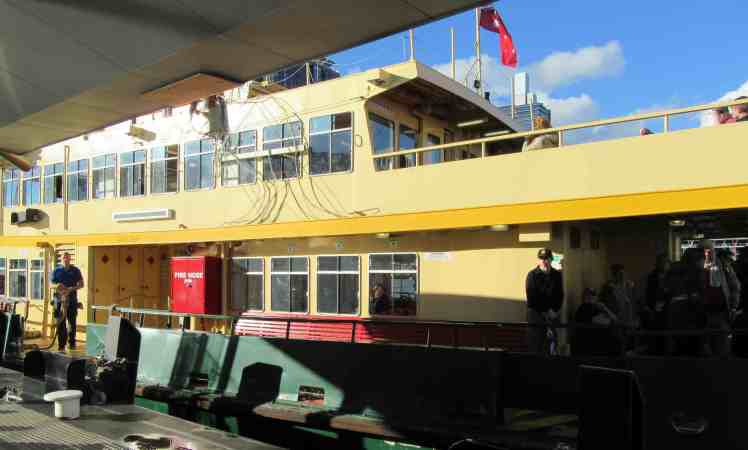 One thought on “Sydney Highlights”